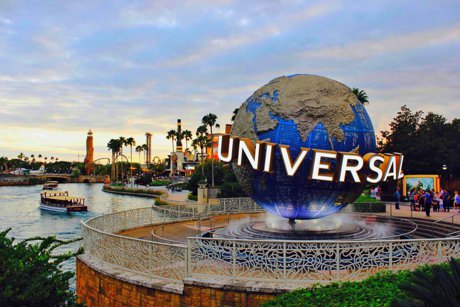 One of the most incredible attractions in Central Florida, Universal Studios Orlando attracts more than 21 million visitors per year. Many local Florida residents visit the theme park regularly with an annual pass. Winter Garden residents do not have to travel very far as the park is only around 17 miles at the most depending on where in the Winter Garden area you live.

While it's known as Universal Studios Orlando, it's actually four attractions in one. Universal Studios is the main theme park with Universal CityWalk serving as a dining, shopping, and entertainment center. In addition, Islands of Adventure is a second theme park offering even more fun and Volcano Bay offers an incredible water park.

Universal Studios will soon be adding its fourth park, Epic Universe, expected to open by summer 2025.

From Hollywood shows and characters to roller coasters to Diagon Alley from Harry Potter, Universal Studios Orlando is filled with incredible attractions. It's designed to bring your favorite movies to life. Attractions, such as Hollywood Rip Ride Rocket offer thrills with a 90-degree climb and speeds up to 65 mph, while shows, such as the Horror Make-up Show will keep you laughing.

While Universal Studios has always been a popular attraction, the addition of The Wizarding World of Harry Potter really made this theme park popular. Fans of the books and movies can enjoy walking through Diagon Alley with plenty of shopping and dining. They can also take a ride on the Escape from Gringotts and even take the Hogwarts Express over to Islands of Adventure for the new Hagrid's Magical Creatures Motorbike Adventure.

Other popular attractions at Universal Studios and Island of Adventure include:

Serving as the entertainment district for Universal Studios, CityWalk was opened in 1999. Guests arriving at the theme parks will likely walk through this area to access either Universal Studios or Islands of Adventure.

Throughout the year, Universal Studios provides guests with several great events, in addition to the many attractions and shows already offered. If you visit the park during September and October, you can enjoy the very popular Halloween Horror Nights. This event is a huge Halloween party complete with some of the best haunted houses and Halloween stage shows in the country.

Rock the Universe is an annual Christian rock music festival held every year. It used to be held in September but has been moved to early February in recent years.

Universal also features a Summer Concert Series every year, along with a Grad Bash and a Gradventure held in April and May.

The holiday events for November and December are pretty amazing, as well. Universal offers the Macy's Thanksgiving Day Parade for an entire month, along with plenty of special events to celebrate Christmas.

Another event held every year is A Celebration of Harry Potter. It's a three-day weekend event held on the last weekend of January in both Universal Studios and Islands of Adventure.

While Universal Studios certainly attracts plenty of visitors every year, local residents often attend the many events and enjoy the theme parks for special Florida resident rates or with annual passes. Those in neighboring communities can easily enjoy great entertainment year-round at Universal Studios Orlando, Islands of Adventure, Volcano Bay, and CityWalk.