Living in the Horizon West Area of Winter Garden 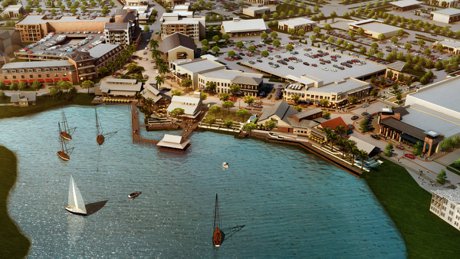 The Horizon West area of Winter Garden is the fastest growing area of the Metro Orlando region. Up until several years ago, this entire area was citrus groves.  Once the 429 Expressway was put in to create the western loop around Orlando, development in this area exploded.

The area is the southernmost area of the Winter Garden community and abuts the Walt Disney World Resort.  Every major Orlando builder either has or is building neighborhoods in the Horizon West area.

As of this writing, there were almost 35 neighborhoods in the Horizon West area.  That number is expect to double and possibly triple as there is plenty of unused grove land still available to develop.

The heart of the Horizon West area is the area's downtown area called Hamlin.  The Hamlin Town Center is a waterfront shopping plaza loaded with restaurants, shopping and entertainment options.  It is also home to the Orange County National Golf Center.

You will find homes ranging from the early 2000's to brand new construction. You will find all types of home options in the Horizon West area including single family homes, townhomes and condos.

Where is the Horizon West Area in Winter Garden?

It is North of Hwy 192 and most of the Walt Disney World Resort. It is West of the Windermere Community, East of Clermont and Lake County and South of the Winter Garden Village Area of Winter Garden.

How Far from the Horizon West Area to... 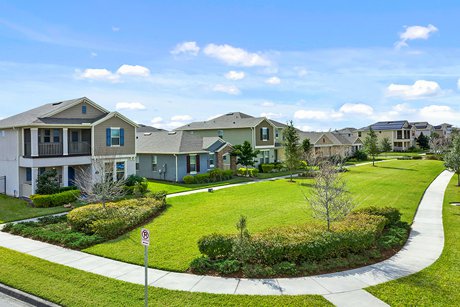 Neighborhoods in the Horizon West Area of Winter Garden include:

Attractions within the Horizon West Area 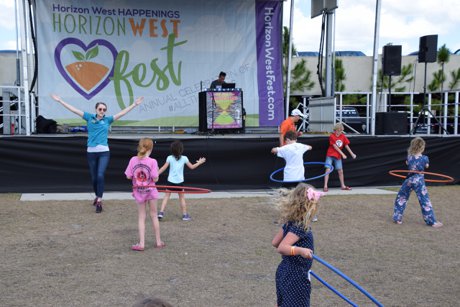 Downtown Hamlin is the heart of the Horizon West area and where you will find most of the events in this part of Winter Garden. Plus, you don't have to go far at all to get to the most Magical Place on Earth.  The Walt Disney World Resort is adjacent to Horizon West and there are two entrances into Disney World from Horizon West.

There are also a growing number of restaurants and shops as the area develops.

This stunning 3 bedroom, 2.5 bath home built by Rockwell Homes, was completed in December of 2021. It features 3 bedrooms with a separate office space and 2.5 bathrooms....

Move-In Ready! Energy Star Certified 3 Bed 2.5 Bath home with Flex room/office in the desirable Horizon West community of Watermark. You will love the curb appeal of the ...

Expect to be impressed with this stunning home in the Winding Bay community. Completed July 2020 by the award winning KHOV builders, this is as close as you can get to a ...

Under Construction. Fall in love with this 3-bedroom, 2.5-bath, 1,832 square foot home with 2-car ally-load garage. This versatile plan will wow you the minute you enter,...

Under Construction. The Ibis at Waterleigh is a spacious town home with 3 bedrooms, 2.5 baths with stainless steel appliances. This home invites you from the time you ent...

WOW!! Here's a golden opportunity to get your hands on a beautiful 3 bedroom, 2.5 bathroom, 2 car garage Cordale model in Waterleigh Phase 2 in Winter Garden! One owner,...

Beautiful and spacious residence in the Summerlake community with stunning kitchen upgrades designed for convenience. Ceramic wood tiles span throughout the first floor a...

This amazing home with three bedrooms, two and half bath and a two car garage is located at the great community of Watermark in Winter Garden, one of the most desired pla...

Superb Florida living in the sought-after community of Signature Lakes is at your fingertips. Located at Independence in Winter Garden, this 2-story home is truly a jewel...

ALL about Winter Garden!